Can we re-freeze the Arctic?

Innovative scientists are thinking differently about climate action. ‘Re-freezing’ the North and South Poles is one of their solutions. Here are a few of their ideas:

An Indonesian team, led by architect Faris Rajak, believe these are possible. To give this idea credibility, they were runners-up in the ASA Experimental Design Competition 2021.

This is how it works:

A cavity in the submarine fills up with seawater. Salt is then filtered out, raising the freezing point of the water. A hatch closes over the chamber and protects it from the sun. An iceberg forms naturally inside and is released one month later. As the ‘ice babies’ are hexagonal, the designers hope they will interlock and form larger frozen masses.

This is an early concept design and the team need a renewable energy source to power it. So, Faris would like experts from different fields to build this radical invention.

Researchers at Edinburgh University propose making Arctic clouds whiter. During the summer months, seawater could be sprayed into the air from a floating vessel. Brighter clouds would mean less heat and light from the sun reaching the Earth’s surface. This would protect snowfall from the winter season.

The Great Barrier Reef Foundation are already using this technique to cool and shade the coral in Australia.

The non-profit group Ice911 has developed a reflective sand-like material which can be scattered on ice. It is made from silicate glass and protects the ice from the sun’s rays. The group tested an area on a frozen lake in Alaska and researchers found that treated ice was thicker than untreated ice. 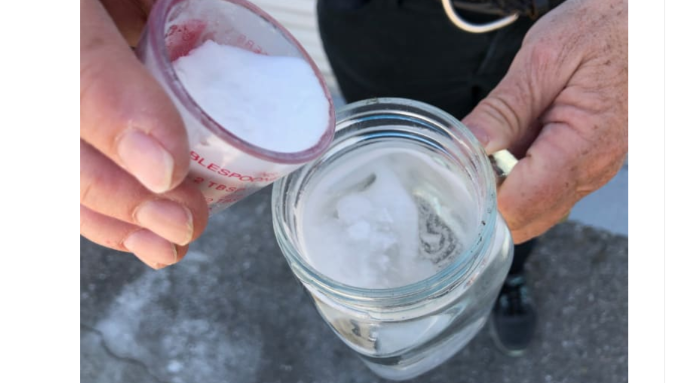 These ideas alone are not going to solve climate change,

but they will buy us precious time to repair the Earth.

We will keep you posted.