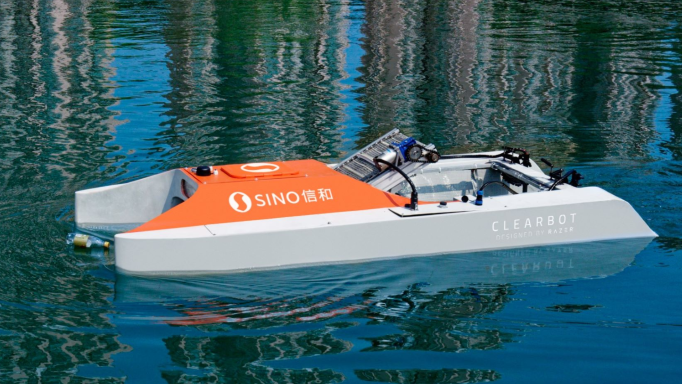 Millions of tons of plastic waste float down polluted urban rivers and into the world’s oceans every year. Thankfully, a startup based in Hong Kong has invented a solution.

Open Ocean Engineering has developed Clearbot Neo. It is a sleek AI-enabled robotic boat that collects tons of floating rubbish that would wash into the Pacific from Hong Kong’s busy harbour. Clearbot’s creators are now planning to scale up and have fleets of the robotic boat cleaning and protecting waters around the globe.

“If we clean up our rivers and harbours, we are helping to clean up our oceans,” says Clearbot Neo’s co-creator Sidhant Gupta.

Clearbot Neo is only three metres long and is pushed along by a solar battery-powered electric motor. This moves it up and down sections of water, like a household robot cleaner moves across a living room floor.

The compact nature of the Clearbot Neo makes it ideal for harbours, canals and rivers. It skims the surface, scoops up floating rubbish onto an on-board conveyer belt and into a holding bin near its stern. And most important – it can tell the difference between wildlife and waste!