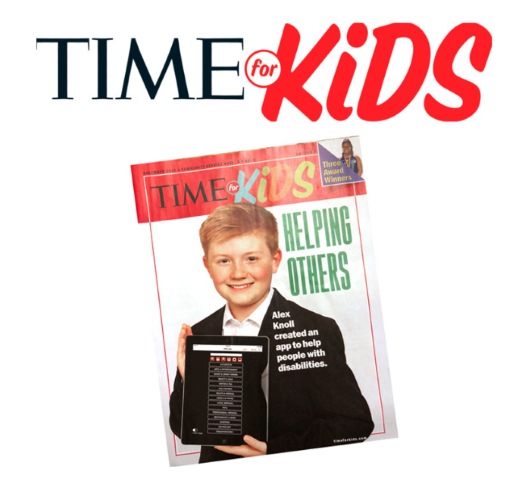 Alex Knoll was only 9 years old when he saw a man in a wheelchair struggling to open a door. He wondered if there was an app that could help the man find stores in the area which had automatic doors. He did some research, couldn’t see an app like that and began to create one. 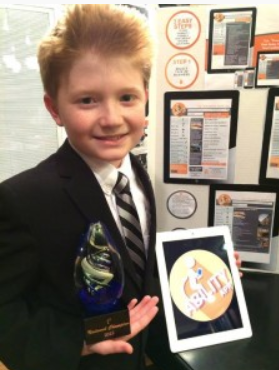 Alex entered his Ability App in a student invention competition, called Invent Idaho. He won the competition as well as the Global AT&T Inventor’s Challenge and more.

Alex was able to develop his Ability App when he received a check from Shutterfly and The Ellen DeGeneres show for $25,000. Watch him on the show where he hands his CV to his Apple Hero, Tim Cook:

With the help of Ellen DeGeneres’s team, the Ability App launched on May 1, 2020. It is a global crowd-sourced app that helps caregivers and people with disabilities. They can search for accessible and inclusive features at locations around the world.

Alex is now an international speaker with a passion for helping others. His can-do, never give up spirit and uplifting messages inspire people to adopt a change-maker mindset.

In 2020, Alex was awarded The Diana Award with the support of The Duke of Cambridge and The Duke of Sussex.