Children are SO aware of the environmental changes we need to make. And they want ACTION.

When seven-year-old Callum Isted was given a plastic bottle of drinking water at Dedridge Primary School, he weighed it at home. Then he calculated the weight his school threw away every year. It was equivalent to the weight of a giant panda at Edinburgh Zoo. That’s a HUGE amount of plastic.

The young activist started a petition highlighting the danger of microplastic litter. He called for better drinking fountains and a reusable water bottle for every child in Scottish schools.

Callum made a special appearance at COP26 to promote his cause. And in March, he met First Minister Nicola Sturgeon, who promised to help him with his campaign. 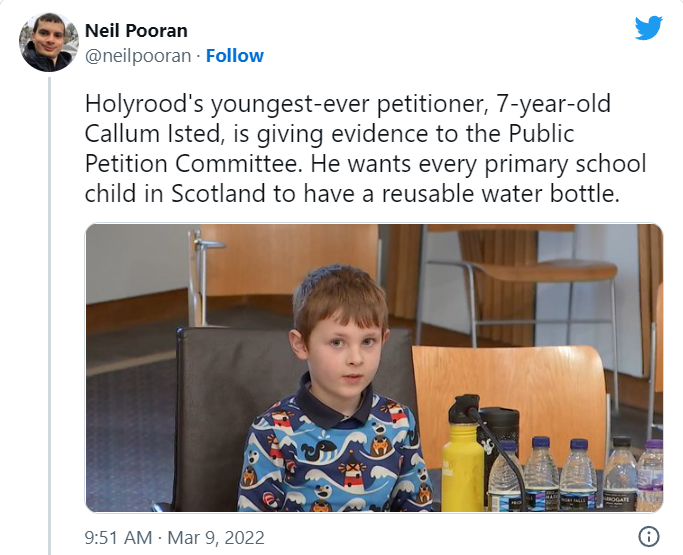 Callum also fundraised £1,400 by walking coast to coast and has been shortlisted for the Edinburgh Evening News Local Hero Award.

He definitely has our vote.